In Wisconsin, I would have thought these prints were made by deer. Here in Texas, a fenced-in backyard means the prints belong to darn dog Chloe.

My last vegetable garden was protected by a chicken wire fence. It kept out the deer and most of the rabbits. And darn dog Chloe.

Although my clothesline flower garden didn’t have the same protection, I wasn’t worried about Chloe walking through it. But those flowers were all established perennials, so Chloe couldn’t do a lot of damage to them (at least she didn’t). Plus, they were surrounded by bark/mulch that didn’t seem to interest her much.

For some reason, I thought the raised beds that are my new gardens would stop her from running through them. Especially the three-tiered flower bed, which is kind of high. She’d be too lazy to want to jump in them, right? Well, the photo above disproves that theory. Apparently, there’s something about the dirt that she likes, because it’s obvious she’s been in them. Hopefully she doesn’t do it so much that she breaks the flowers. So far, it looks like the flowers are growing back up through the paw prints.

I really don’t want to have to fence them in; that would not be very pretty or very practical. For now I’ll just have to keep a closer eye on her when she’s outside. Now if I can only get husband to do the same.

The four sections of my raised garden bed on April 10. 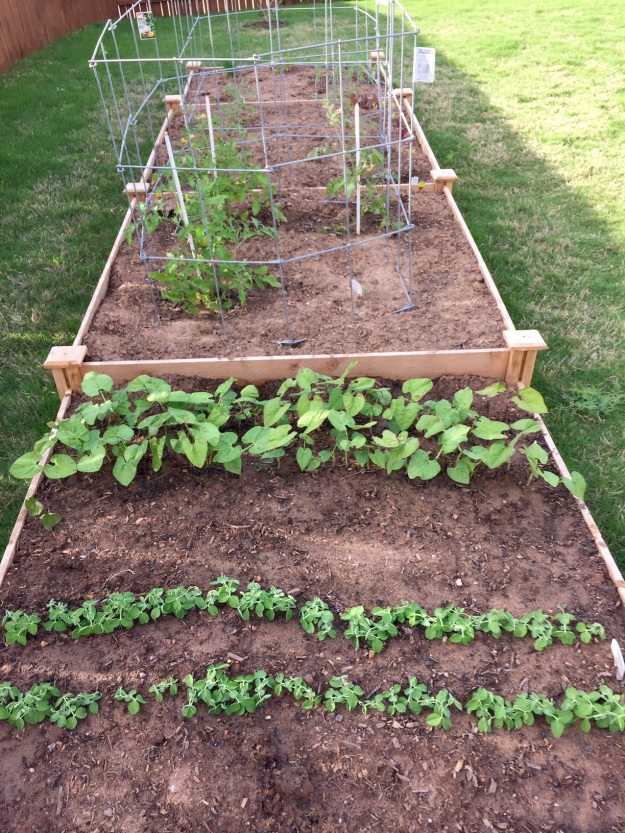 The garden looking north, on April 10.