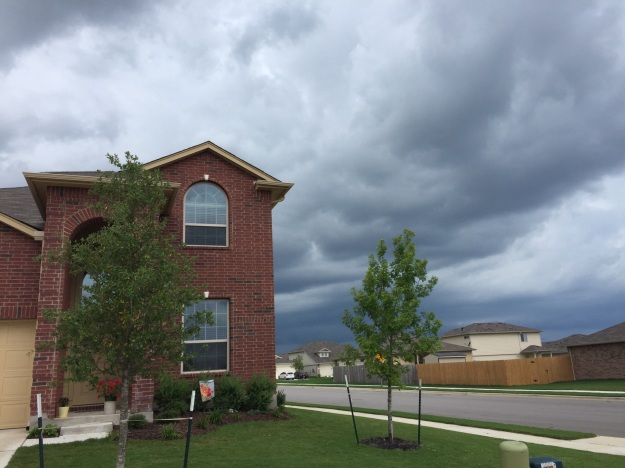 I was wrong to think these storm clouds would roll on through with little rain to show from them.

Oh, I had such grand plans for this fine Sunday. Well, I had plans anyway. Get my inside work done during the hottest part of the day, and when it started to get cooler, head outside to get some gardening in. I had devised a plan to try to keep the birds away from my tomatoes, and I was going to take action.

But then the rain started. I saw the storm clouds coming, but brushed aside the thought the rain would be heavy enough to deter me. After all, there have been several days this week where we’ve had brief showers, but they passed quickly. Not so today. 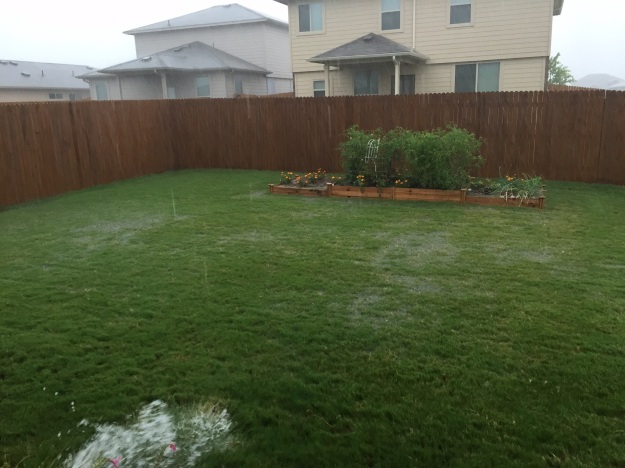 It poured for a good 40 minutes, dumping heavy rain on our backyard.

I had started pulling a few weeds to make way for the trellises to hang netting from when the drops started. Within minutes, the rain was coming down sideways from the east. It pounded the windows on the house under the covered patio, it was coming down at such an angle.

By the time it was over (just 40 minutes), I measured 3.2 inches in my rain gauge. I’m so glad I have raised beds because the water was up to my ankles on one side of our lawn. 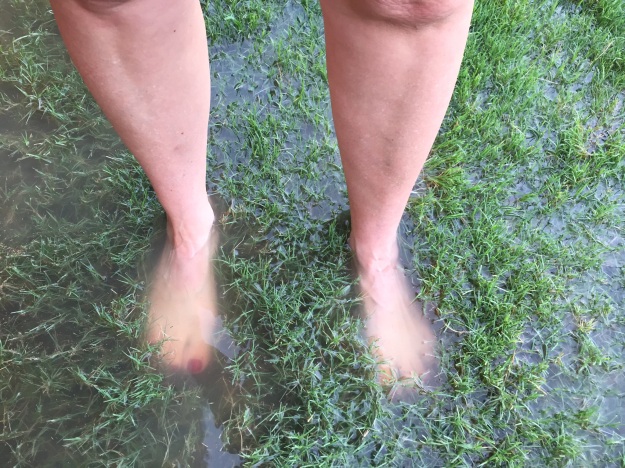 My feet got a good washing!

About two hours later, there was still plenty of water in the backyard, but at least it was going down. 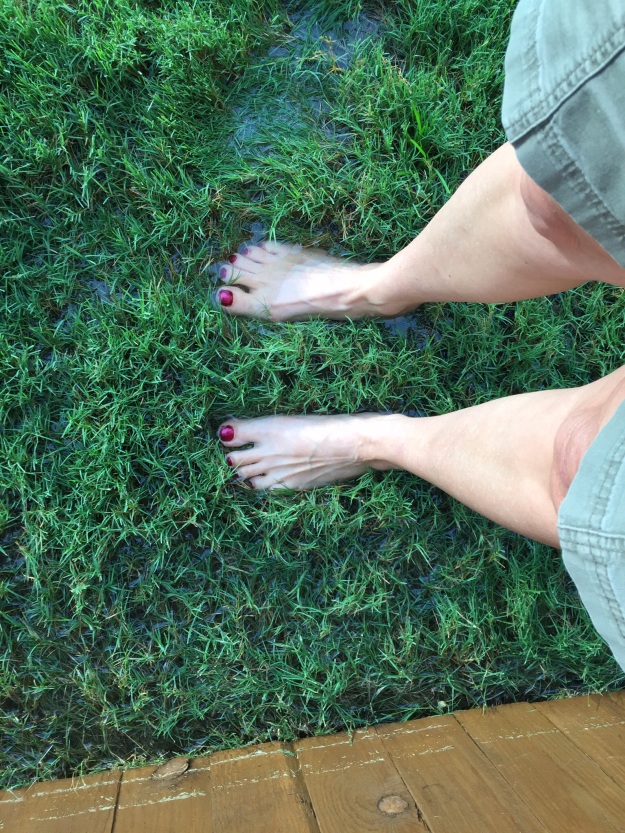 At least now you can tell that I have polish on all my toenails!

Unfortunately, it was a little too wet even in the raised beds to do any meaningful garden work. 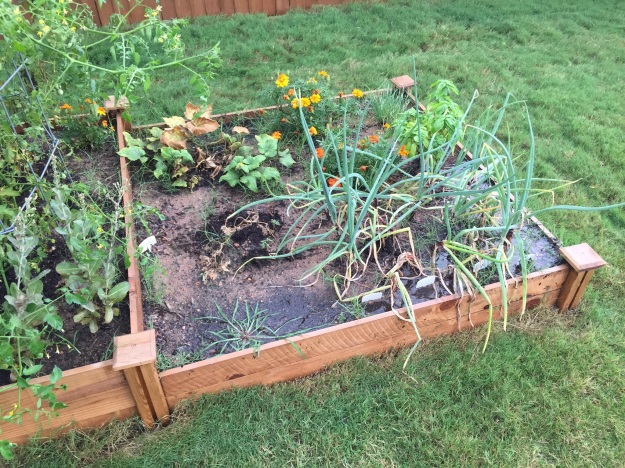 I suppose it would have been good for mudpie-making.

We needed the rain, so I’m not complaining. Monday evening will just have to do.