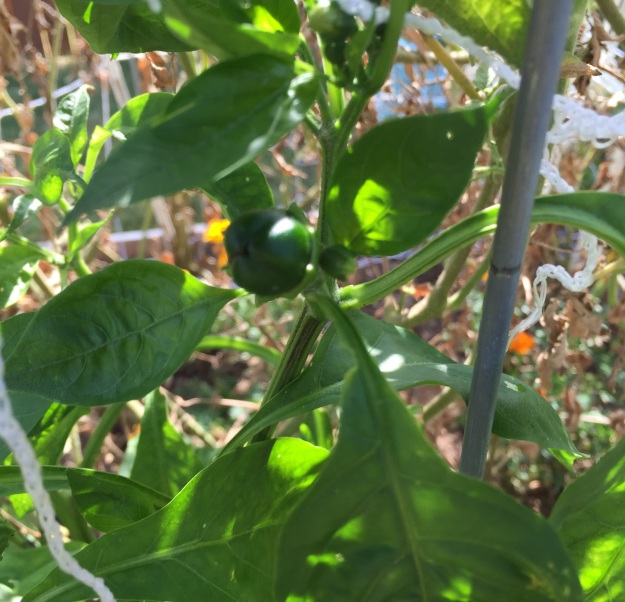 It’s itty-bitty, but there’s finally a green pepper on one of my pepper plants. Actually, it looks like there are several, although only one really looks like a pepper. I first saw flowers on the plants last week, four months after they were planted. Then I saw the flowers in the dirt a day or two after that, and I’ve never planted peppers before, so I didn’t know if that was good or bad.

Appears it was okay, since I now have little peppers. I hope at least a couple get big enough to chop up and throw in a stir-fry. I’m really curious to see how the taste of a homegrown pepper differs from a store-bought one.

The pumpkins I transplanted last week also seem to be faring well. The first couple days were kind of rough, but they seem to have rebounded. It’s like they know only a couple of them will get transplanted into the big raised bed. Each one is trying to outgrow the other! And they’ll soon outgrow the pots.

A week after being transplanted into containers, the pumpkins are doing well.