It’s been dark by the time I’ve gotten home from work the past few nights, so I haven’t been able to check out my pumpkin. So I was pleasantly surprised this morning to see a little orange creeping into the bold green.

I haven’t been holding my breath that the pumpkin would actually make it all the way to pumpkin “adulthood.” After an initial battle with a squash vine borer, I wasn’t even sure the plant would survive at all. Not to mention that at least a half-dozen tiny pumpkins shriveled up and died before they got to the size of a tennis ball. 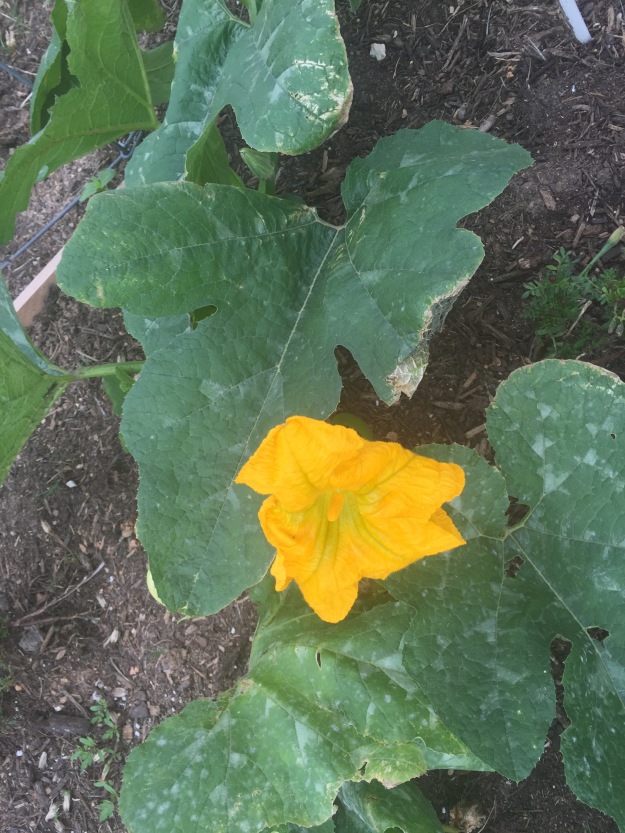 The big pumpkin is on a plant named Wanda. This flower and the tiny pumpkin below are on Cosmo, the other pumpkin plant. Cosmo was a late bloomer and is a lot smaller than Wanda. I’m not sure it’s going to get a lot longer than its current 5 to 6 feet, but I’ll let it go as long as the tiny pumpkin keeps getting bigger. It’s not like I need the space for anything else in November! 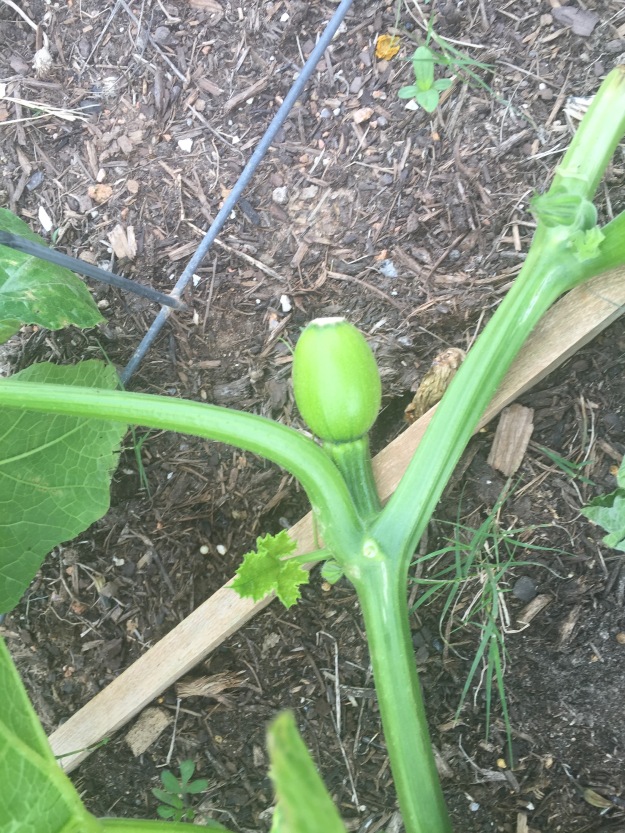