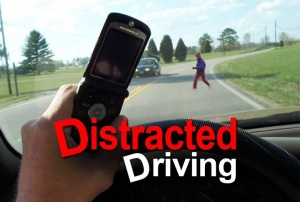 There’s an important debate going on in the Texas Capitol these days, one that has taken place in many states during the past few years. The bill would ban texting and driving; drivers caught doing so could face at a fine between $99-$200.

I was glad to hear Texas was taking up such a bill – Wisconsin passed a similar law a year or so ago and it was something people seemed to adjust to pretty easily. Too many people had lost their lives because of something as stupid as texting while driving. The law made sense.

But I was surprised to hear this isn’t the first time the Texas Legislature is considering such a bill. That former Gov. Rick Perry vetoed legislation in 2011 and in 2013, the bill didn’t even make it through the Legislature. According to KXAN.com, current Gov. Greg Abbott said on the campaign trail that he would veto the bill. People shouldn’t text and drive, he said, “but we need to find a way to do it without too much government intrusion.”

Across Texas the last few years, more than 20 cities have passed their own distracted driving rules, including Austin (just this year), San Antonio, Corpus Christi, Arlington and Denton. While I’m glad they have done this, a statewide ban would be much less confusing for drivers in the areas adjacent to Austin or any of the big cities with the law. They wouldn’t have the excuse “Oh, I thought I was still in Round Rock” or another municipality bordering the city with the ban. It would be illegal everywhere.

A statewide texting-while-driving ban also will show our youngest drivers that the state means business, too. Right now, Texas law prohibits the use of cell phones while driving by those: who have had a learner’s permit for 6 months or less, who are younger than 18 years old, who operate a school bus when children are present and who are in a school crossing zone. Extending it to everyone all the time just makes sense.

If just one life is saved with a texting-while-driving ban, what can it hurt? I remember when seat belt laws went into effect – a lot of people thought the government didn’t have a right to tell us that either. But eventually it just became a way of life and no big deal for people. It saves lives and so makes sense.

I’m hoping that common sense reigns in both the Texas Legislature and Gov. Abbott’s desk, and a statewide ban on texting and driving soon is law.