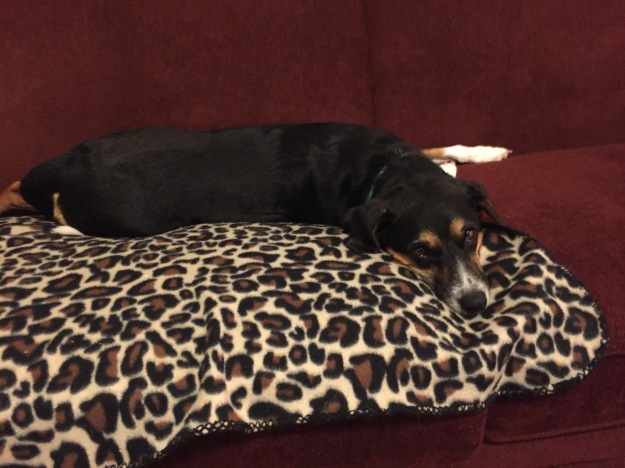 Finally, five weeks after back surgery, darn dog Chloe is back with a vengeance. Back sitting on the couch, back chasing birds and passersby outside. Back to her old shenanigans inside the house, too. Twice in the last week, we’ve come home to find something that was supposed to be on the counter on the floor, empty and/or in pieces. 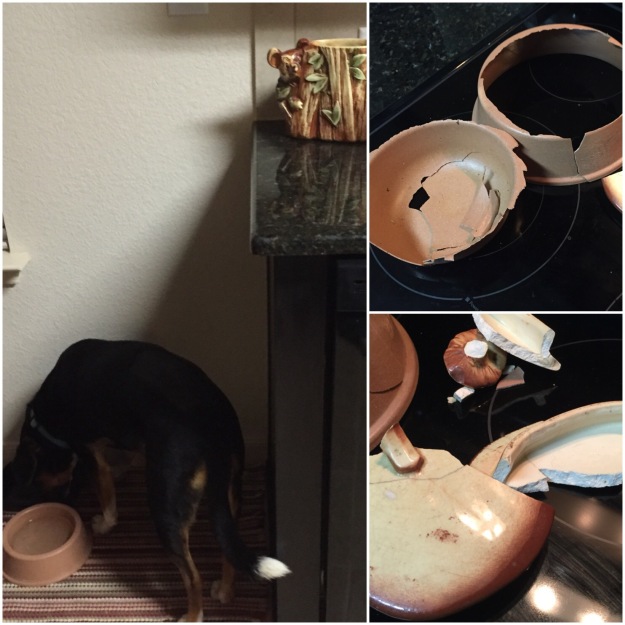 Tonight it was our cookie jar (on counter in photo above, at left), which she pulled down from the counter. It landed in her food bowl, which shattered (top right photo), along with the cookie jar lid (top photo, lower right).

When daughter got home from school, she found Chloe in the living room with the unbroken cookie jar. Empty, of course, though there weren’t many cookies left in it anyway. Earlier this week, it was a small container on the floor, the plastic cover ripped in two pieces. It didn’t have anything in it, but it smelled like the raspberries I had taken to work for lunch.

I swear, the back surgery (to relieve a bulging disc) must have increased Chloe’s vertical leap. Because the raspberry container was far enough back that she shouldn’t have been able to reach it. At least she wouldn’t have been able to reach it before the surgery! And the cookie jar, well, I don’t know. It’s been in that same spot for more than a year and she’s never tried to pull it down before. Maybe her sense of smell got better with the surgery, too?

The shenanigans aren’t anything new for this darn dog. 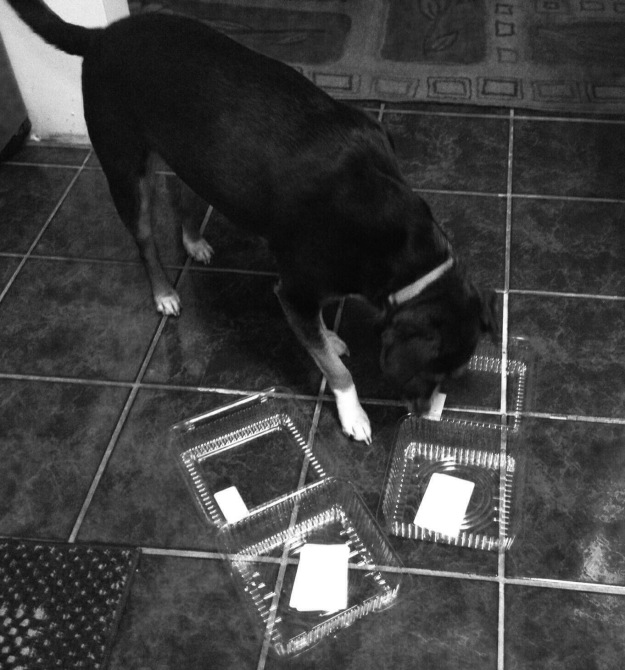 This photo was taken two years ago yesterday, when I came home from work to find two jumbo muffin containers on the floor, empty. The containers weren’t even torn. Chloe managed to open them just like she had human hands and eat all four muffins in them. 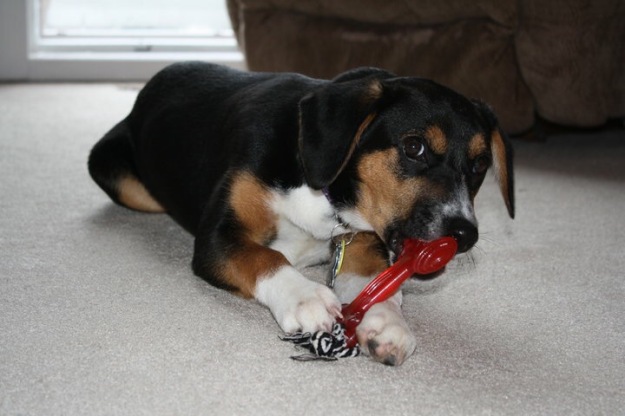 It’s almost as if she’s still a pup, like in this photo, taken shortly after she joined our family, more than seven years ago.

The problem is that she’s still so darn cute. It’s hard to be mad at her for too long with a face like hers! 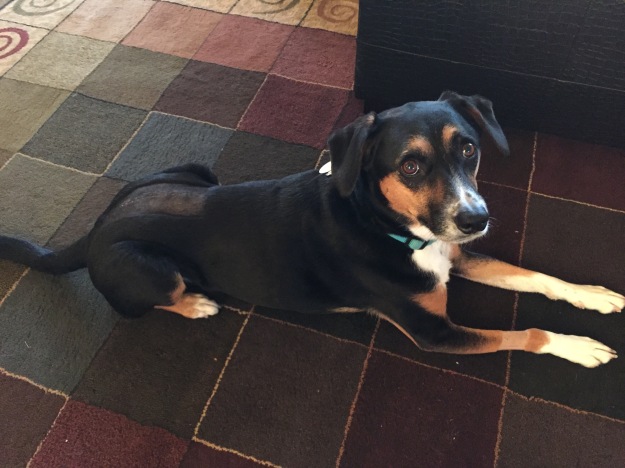